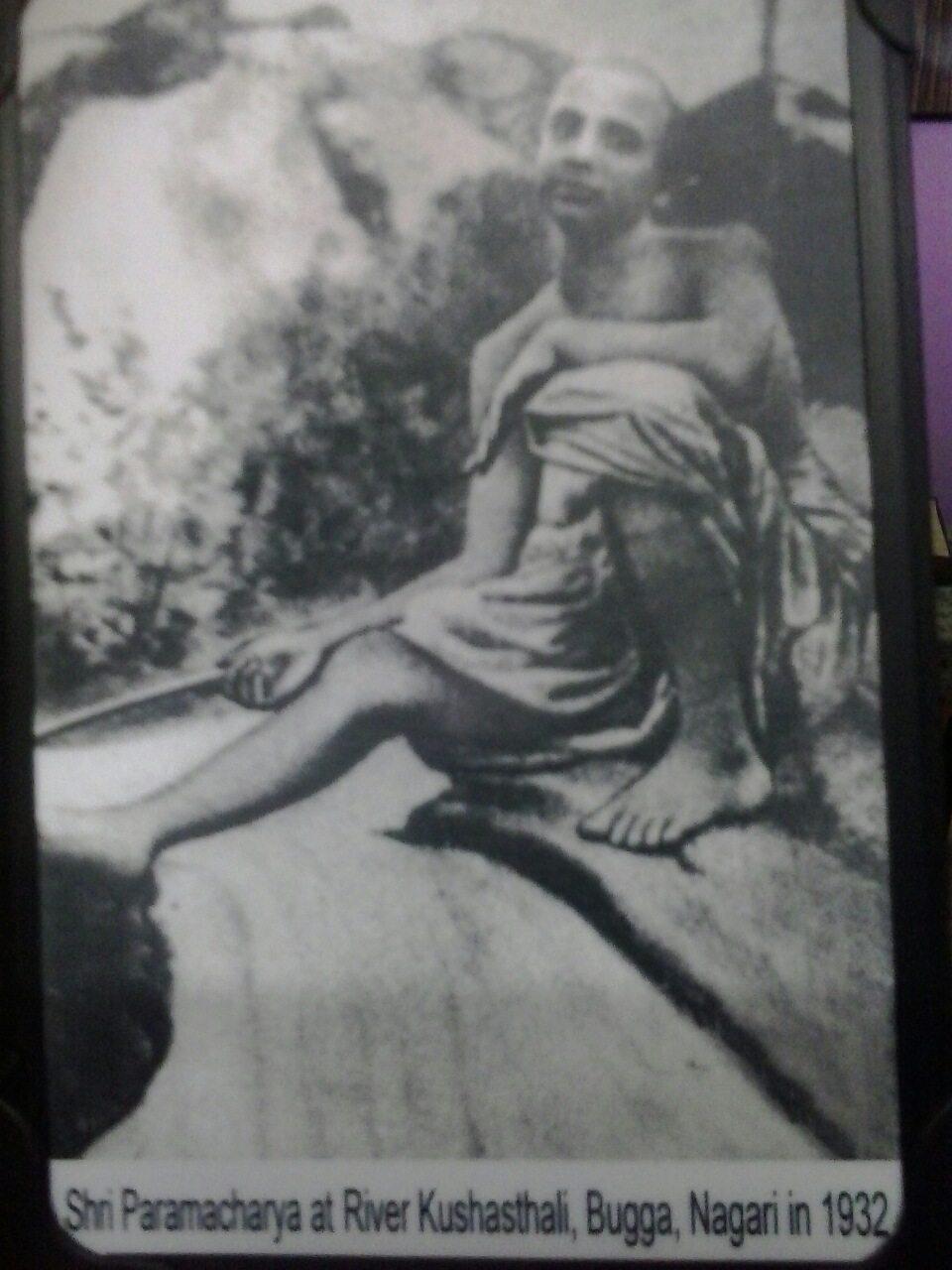 Maha Periyava observed Chaturmasya in Bugga Village commencing from 17 July 1932. During His stay there, Sri Annapoorna Sametha Kasi Visweswara Swamy vari Temple was renovated and Kumbhabhishekam performed on a grand scale. The perennial river Kushasthali flows by the temple; and five streams (Pancha Ganga) feed the river. The temple is situated on the banks of the River Kushasthali and is located in the serene village of Bugga, near Nagari in Andhra Pradesh. The previous Kumbhabhishekams were performed in the years 1932 and 2000. This year, the Ashtabandhana Maha Kumbhabhishekam of Sri Annapoorna Sametha Kasi Visweswara Swamy vari Temple, Bugga was conducted from Oct 21. 2013 through 23 Oct. 2013. Adjoining the temple, under the guidance of Maha Periyava, Sankara Matam was built and the holy padukas of Bhagavatpadacharya were consecrated.

An online book detailing His Holiness’ stay in Bugga in 1932 is available below. Rare Photos of Bugga temple Kumbabhishekam below are from the same book… Book Courtesy: www.kamakoti.org 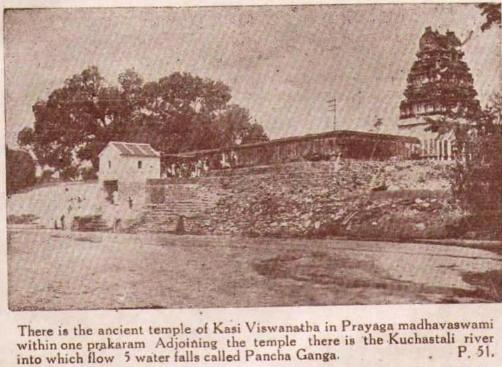 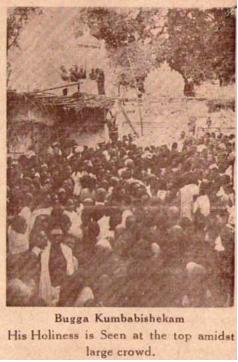