He had his first darshan of Sri MahaPeriyava in Kanchipuram when he was in his mid twenties. He was invited for “Agama Silpa Sastra Sadas”. 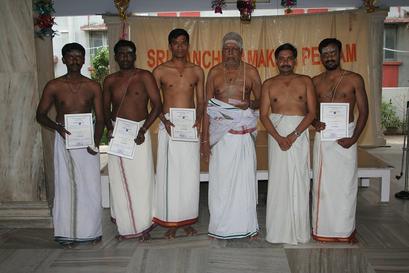 In this first segment of the video, one could drench in Sri Ganapathi Sthapathi’s in-depth knowledge in Silpa Sastram. He details many happenings during this sadas and shares many many intricate details of Silpa Sastram.

All the video segments of Sri SM Ganapathi Sthapathi can be viewed here.