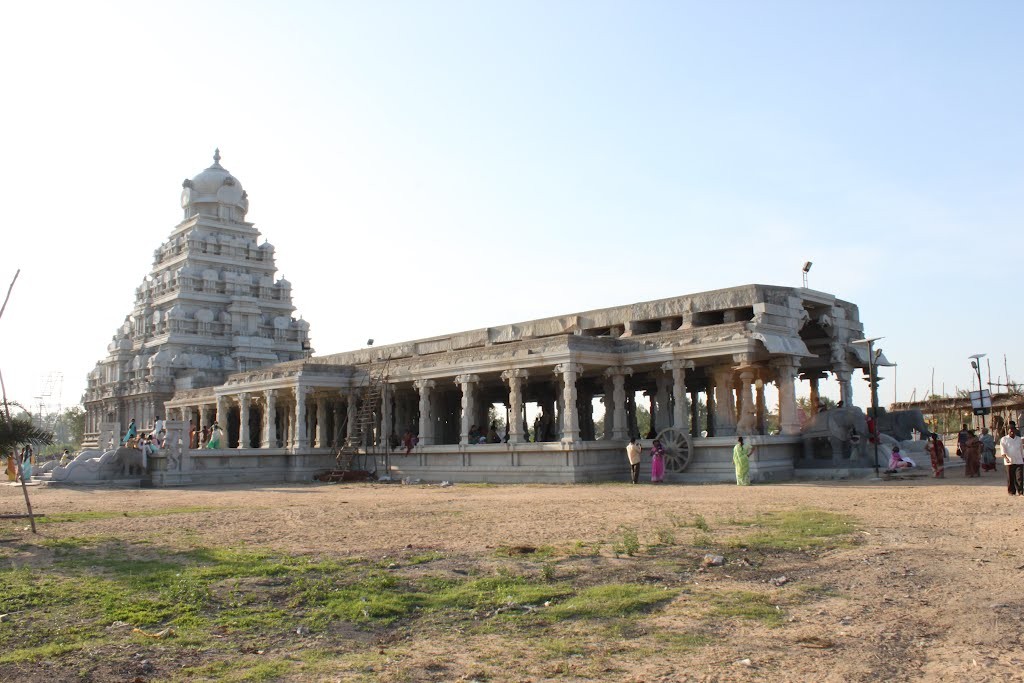 The benevolent presence of Sri MahaPeriyava is palpable in Orikkai and the peace that His Holiness bestowed on the teeming millions who made their way to HIM is to be found in these precincts. This architectural marvel owes its existence to the unparalleled devotion of a humble servant of the Southern Railway, known in his days as “Pradosham Venkatarama Iyer” and “Pradosham Mama” in the circles of devotees of Sri Matam in Kanchi. 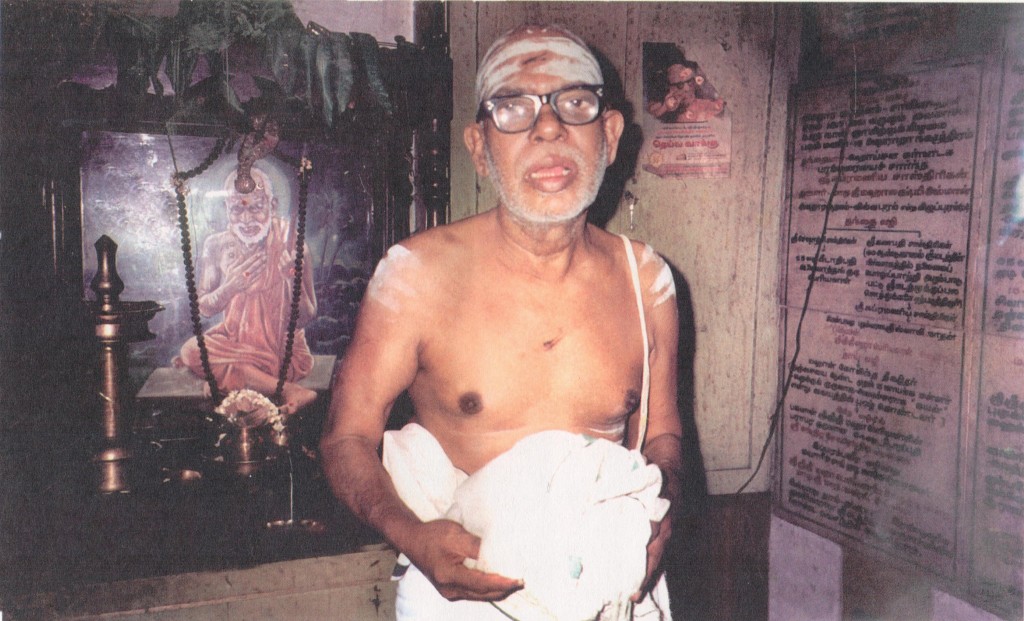 He was praying day and night for an all granite, architectural structure in the form of ManiMantapam to preserve and spread the message of the Sage whom he worshipped as Lord Parameswara Himself in human form.

This Manimantapam is a one-in-a-million effort which seeks to revive the 1000 year old architectural grandeur of ancient dynasties. Sri Pradosham mama’s bhakthi towards Sri MahaPeriyava symbolizes through every stone etched in Orikkai Manimantapam. 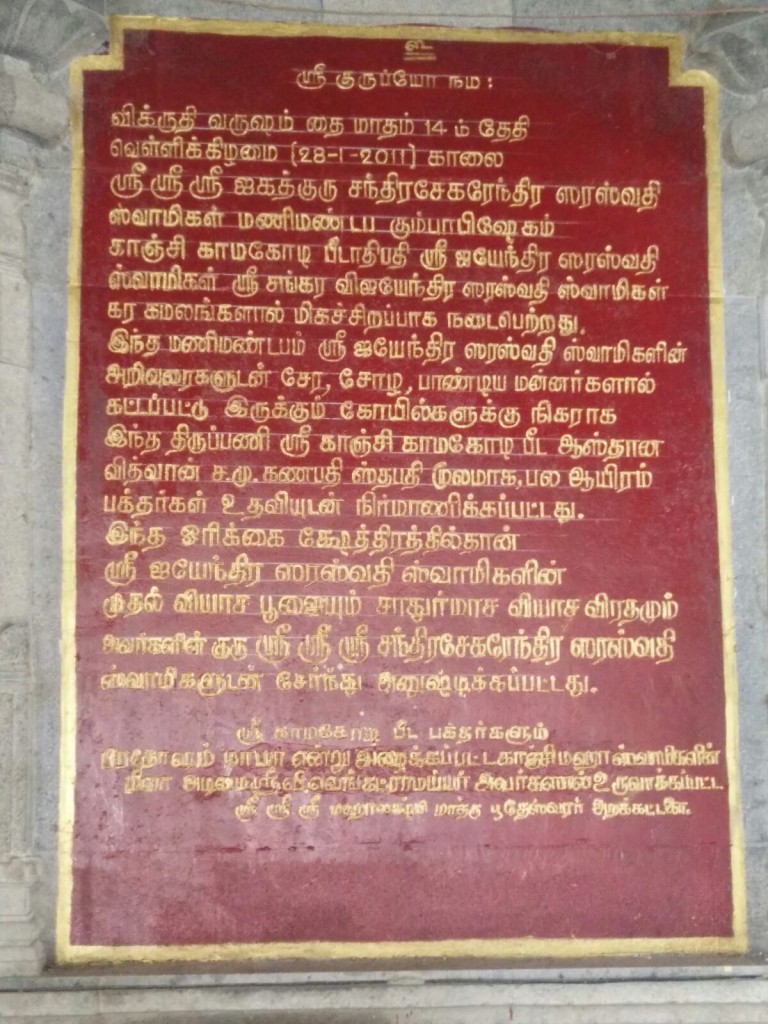 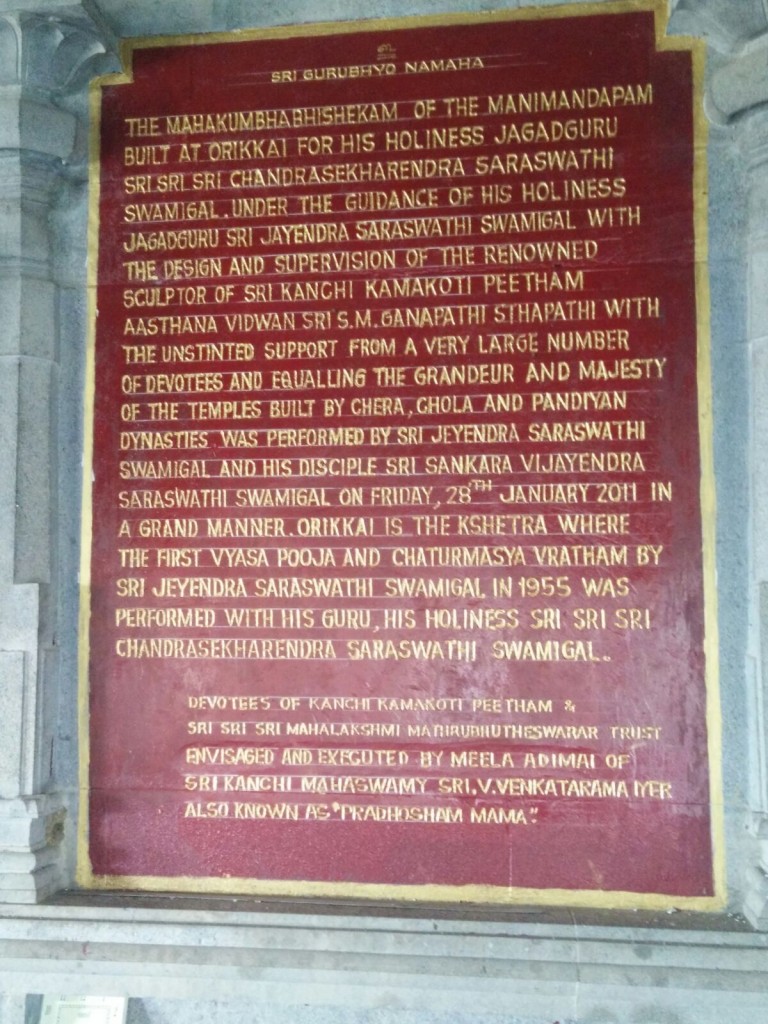 Let us pray to Sri MahaPeriyava to etch such bhakthi in our hearts too!