Here is a video of mama sharing his experiences with Maha Periyava. Thanks to Mr G Sivaraman for his unconditional efforts in bringing such valuable treasures to us…

Chandramouli Mama met Maha Periyava in 1929 when he was 7 years old in Kattumannarkoil during a Vyasa Poojai. Throughout his interview, we could see his immense bhakthi towards Periyava… Keeps us wondering on how would it be to have such a close maternal relationship with “Immense Guru Bhakthi” without family bondage. 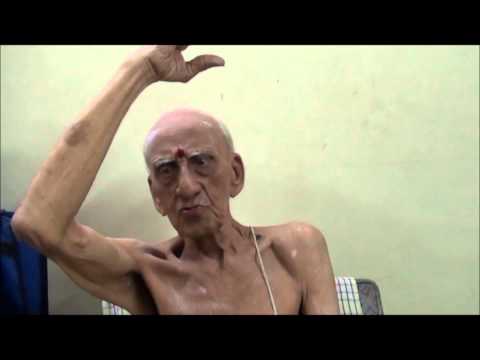 – His darshan of Maha Periyava in Karvet Nagar where he had the anugraham to have Vilvam Pazham referred to as “Kayakalpam” by Periyava… He was also immensely blessed to have Periyava Himself sitting and listening to mama chanting ‘Rama Avatharam’ from Ramayanam.

As years pass by, there wouldn’t be many who lived with “God” who could share their personal experiences with us… It would be these treasurable videos that would take us and our coming generations back in time to know about our “Living God” !!!