The narrator of this incidence lives in Adyar. The photograph he mentioned is still in his house and we can have a dharsan any time… Thanks to Sri Sridharan Krishnamoorthy for sharing this with us…

She had been aspiring to get a “Periavah Paadham” for doing her daily Pooja. Whenever she requested Periavah would simply nod and never gave one to her. When others were given, somehow when her turn came nothing would be left for Him to offer one. He would simply smile and say next time.

Once it was so disappointing incident when another woman accompanied her got it, but when her turn was next there was nothing left. Seeing her disappointment on her face Periavah said, ” it is only for doing Pooja only isn’t it? You will have it “.

My grandma couldn’t digest this.

She literally came back crying , saying I don’t deserve , that is why He has not given me. Or may be our Swami kovil is not in a separate room there is no sanctity in the house and that’s why she has not given … and things like that.

Next day after doing her morning Pooja, as usual, she kept the two Parijatha flower at the bottom of the photo of Mahaperiavah dipping it in water and sticking on the glass face of the photo, as she used to do. After a Namaskaram she got up , among tears she noticed Two Paadhams having been formed in the photo, as if it is embossed. The water coming from the flower had transformed such an impression. She immediately rushed to Kanchipuram to share with Periavah.

Believe He just smiled as if he knew about it and just nodded. I am attaching the photo here . It is still there even after 50 years! You would notice the two Paadams at the bottom of the frame. 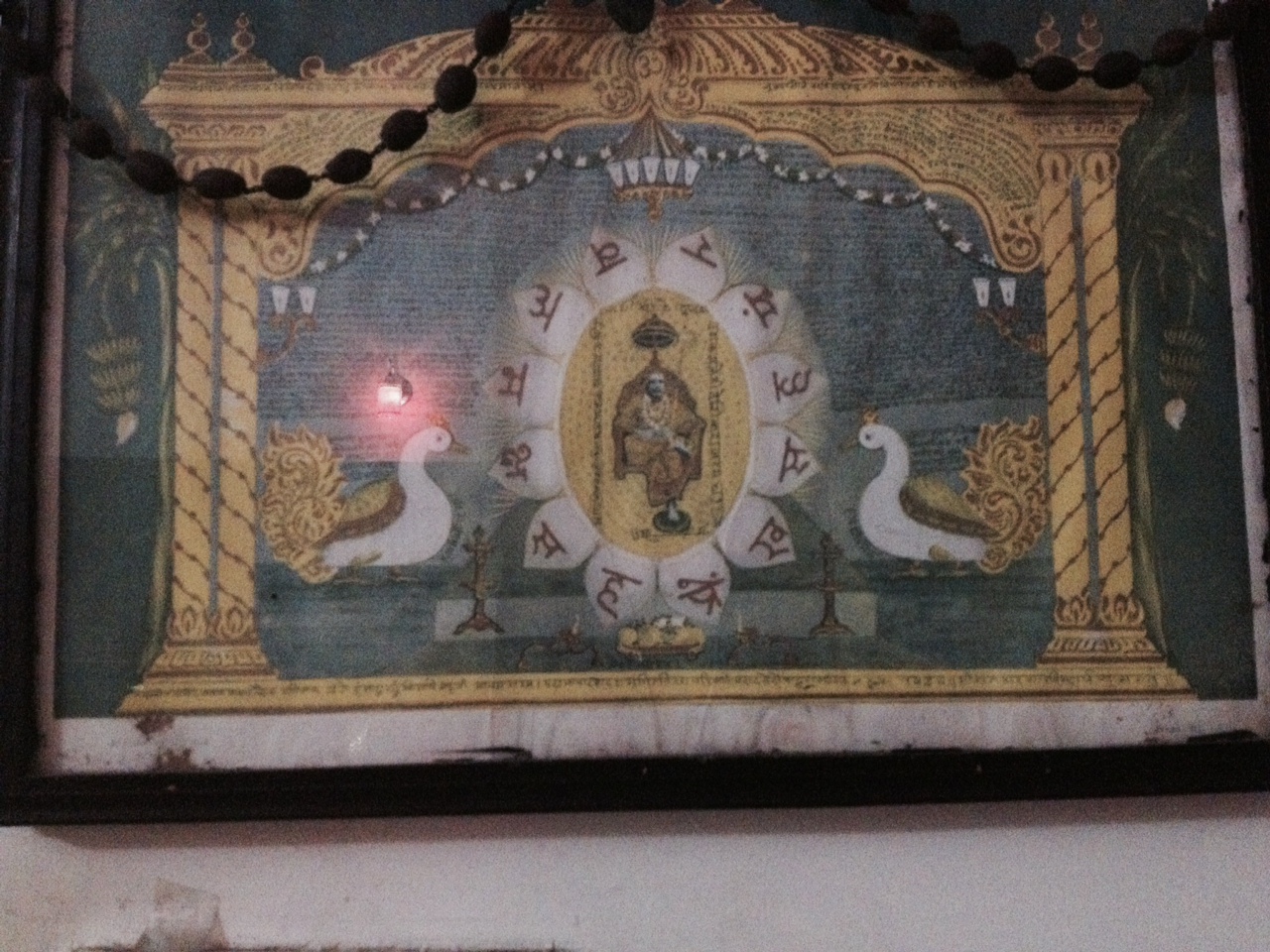