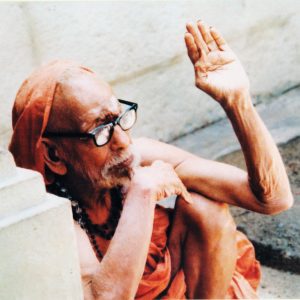 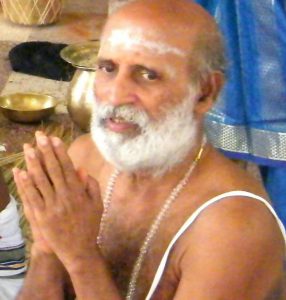 Sri Gowrishankar Mama reached the lotus feet of Sri MahaPeriyava on March 28, 2017 at about 10 AM IST. He was on a visit to Srirangam on March 27 and was brought to Ramana Maharshi Hospital in Athyanthal for treatment on March 28.

His interview taken 5-6 years ago has touched the heart of so many devotees. One could see his passion when he was repeating the lyrics of Kannadasan about Sri MahaPeriyava. Mama is hospitable to anyone who visits his house and fills not only everyone’s stomach and but also their thoughts by talking about Sri MahaPeriyava. 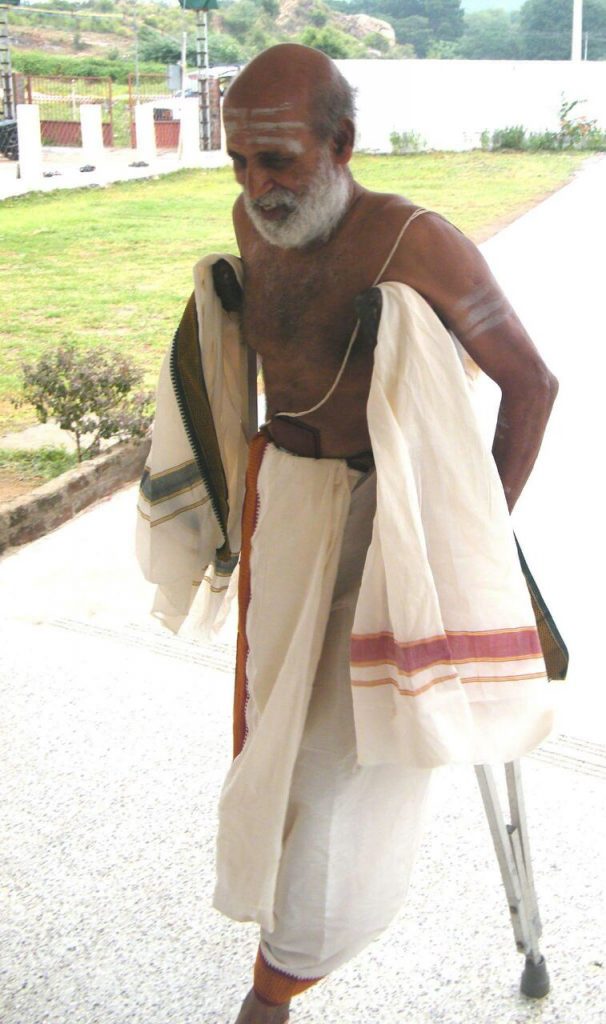 Once at Satara, Periyava enquired about his only son who was about 11 years old and told, “உன் பிள்ளைய வேதத்துக்காக கொடு… அவன் உன் வயசுல உன்ன மாதிரி மூணு மடங்கு சம்பாதிப்பான்!”. Sri Gowrishankar Mama has taken the word. So Sri Mama gave their ONLY son to ‘Vedas’. That’s the reason we’ve today got Sri Senthil Ganapadigal. Periyava also blessed another son (nearly ten years after the first) but Sri Gowrishankar Mama decided to give his EVERY son to ‘Vedas’! Not only that, he also ensured that his daughters were also married to Veda Pandits.