HomeDevoteesDevotees Experiences - ArticlesExperience With MahaPeriyava By: Ilayaraja (An English Translation)

Special thanks to the unknown devotee who took efforts in translating the video interview of Isainyani Ilayaraja into English write up. 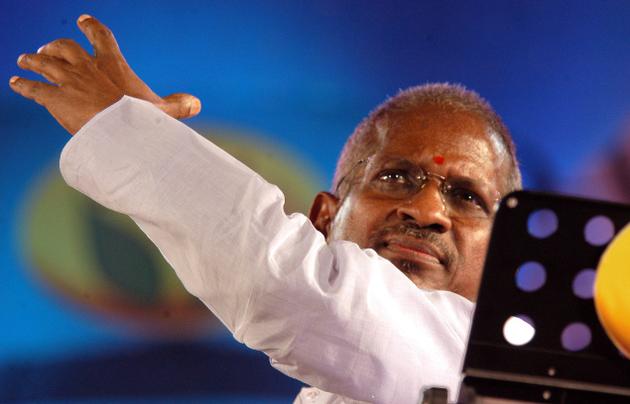 The Jeer sent Sri Desikan to MahaSwamigal to apprise Him that the Mantralaya temple which initially accepted to take responsibility to construct the Gopuram of Srirangam Temple was having second thoughts on that and He requested MahaSwamigal to suggest another person for this task. MahaSwamigal was in silence at that time.

He Himself drew the picture of a gramophone on the ground and asked the people near Him to start telling the names from the cine field. Names were told one by one and He asked them to continue… Suddenly, someone mentioned my name and upon hearing that He gestured with His Hand that I was indeed the one!

I came to know of His decision through an acquaintance of mine named Chandramouli from Trichy. This person used to play the Mridangam. One evening at 7 pm, He met me without prior notice at Prasad Studios in Madras and told me everything that had happened!

“He asked you to build the Srirangam Temple Tower (Gopuram) and gave His anugraham”, he said.

“Oh, Periyava said this? Then I will definitely do it”, I told Chandramouli.

When I think of it now, I was taken aback on hearing this. Until then I have never Him. There was no direct communication from Him to me or from the Jeer regarding the construction of the Gopuram for Srirangam temple.

“The total cost to construct the Gopuram will be Rs.22 lakhs but He requested you to take care of the 6th Tier only which will cost approximately 8 lakh rupees”, he told me.

“I had already given my agreement to take up the construction of the whole Gopuram itself! Do you know from where I got the conviction to say that? It is all His Grace only. I left the burden of the work to Him only, what else? If He says something then He will ensure that it happens, I have no role in it at all!” I told him.

After that, I developed an intense desire to meet Periyava. I told this to Shilpi, the famous artist and he said he would also come. We two along with Chandramouli planned to have His darshan. At that time, we came to know that He was camped in Satara.

We met Him at a nearby village called Mahagaon. It was in the remote suburbs and He was in a cowshed in a garden. We reached that place at around 3 pm in the afternoon. We passed on the word about our arrival to His Anukka Thondar. He was observing Mounam, a vow of Silence. We were taken inside the place where He was present. He asked in sign language, “Who we were?” The Anukka Thondar introduced us one by one to Him. And then He raised His right Hand in Blessings to us! 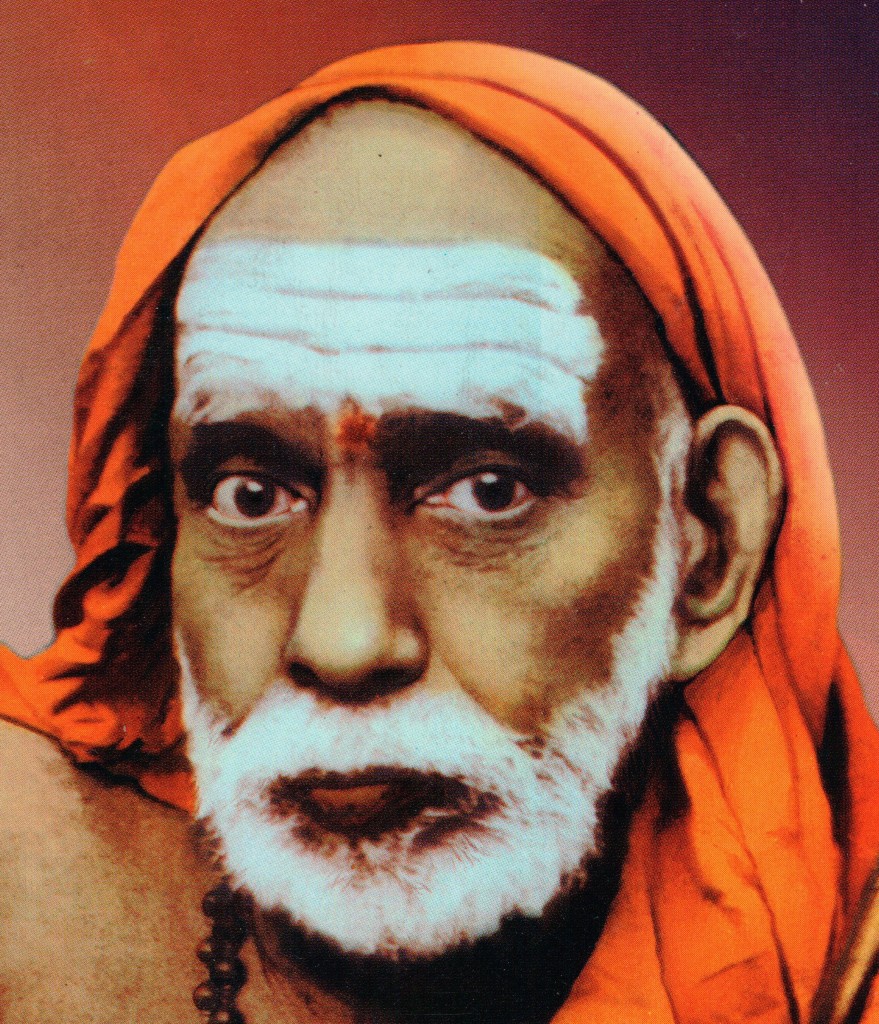 Next when He moved His Head slightly, I had a vision of His effulgent eyes. So luminous were they. I had never seen such brilliance in one’s eyes until then in my entire life! Those eyes did something to me. (It is interesting to note that Sri Ilayaraja begins to talk in ‘pure’, in a ‘written’ Tamil from this point to until the end of the interview! The thought of those eyes really did something to him even now at the time of the interview!)

On seeing that Luminiscent One, I was frozen. I simply lifted my hands above my head in respect and started to weep profusely. He was holding a mango in His hands for a while and He gave it to me as a prasadam. That is the biggest anugraham (blessing) I have ever had!

We came to know from someone that He was planning to go to a nearby village in the evening. We felt sad on hearing that. But, He gave me limitless joy when it transpired later that He was not going anywhere that day!

That night, all of us were sitting in the garden under the open skies. It was Pournami (Full moon night) I think. There was not a single cloud in the sky. The infinite stars in the sky were shining gloriously presenting a magnificent spectacle. Without getting my consent, His Anukka Thondar told Him that I was interested to sing a song! He gestured OK to me. I started to sing ‘Sama Gana Vinodhini’ – Chembai Vaidyanatha Bhagavathar’s song.

When I started to sing the words ‘Sama Gana…’ He suddenly turned His Head towards me with all His infinite compassion. I started to weep again while I was singing. I lost control and struggled to complete the song somehow. After this, He came out of His silence and started to converse with me. I got the feeling that He was talking to me just to bless me.

(Unable to type, I am gripped…)

Then He identified 27 Nakshatarams (Stars) in the sky for me and told me their names one by one! He explained in great detail about each of them and their positions in the sky. He also pointed out the 12 Rasi – Mesham, Vrishabham etc. Oh, what a blessing! Sarveshwara.

To this day, I am unable to fathom why He explained in so much detail about these stars us on that spectacular night!

With that, our stay in Mahagaon came to an end. This incident triggered more desire in me to meet him regularly in the future. To see His physical form is like seeing a ‘Thava Yogi’. His form represents Compassion, Love, Devotion.That is HIM! It will always be in our hearts. Those who were fortunate to see Him can never forget That ‘Yogic’ form of Him or His Eyes or His Divinity or His Compassion. I was blessed to receive them in my Heart. I consider it to be His anugraham (blessing) for me.”