This morning (14 April 2016), my son (aged 9) and my nephew were playing (aged 5) were playing in the house. As is the case with most boys of this age group, the games turned physical, and at one point, the little boy fell down and hurt his head.

Within a few seconds, we noticed a gooseberry-sized swelling on his forehead. We immediately applied ice to the swollen area and consoled him.

His mother, a physician (and that too a conservative one) gave him a dose of painkiller and opined that it was too early to worry. If he started throwing up, we would need to be concerned. The next step then would be an MRI and the child would need to be anesthetized for that.

Within 15 minutes, the child vomited, felt drowsy and went to sleep. The mother attributed this to either trauma or the painkiller. She resisted mounting pressure and suggested (with slightly less conviction than before) that we wait for another 2-3 hours before taking the next step.

At this point, I decided to lie down next to the boy, and within a few minutes dozed off keeping my hand on the boy’s forehead and praying to Periyava. Two things flashed through my mind at this instant: 1. I would receive Periyava’s picture shortly, telling me that everything would be fine. 2.  I was reminded of an anecdote I had read wherein Periyava’s tongue was burnt because a devotee offered Him hot milk at his house that morning.

I prayed to that sarvavyapi.

In an hour or so, I was woken up by the boy’s voice. He was up, active and normal. The bump on his forehead had shrunk considerably. I reached out for my phone to check the time. I noticed a Whatsapp message from my guru with a photo of Mahaperiyava. Upon closer examination, I noticed a ‘bump’ on His forehead at the exact spot where the little boy had his. With tears rolling down my cheeks, all I could say was, “Apara Karuna Sindhum…” 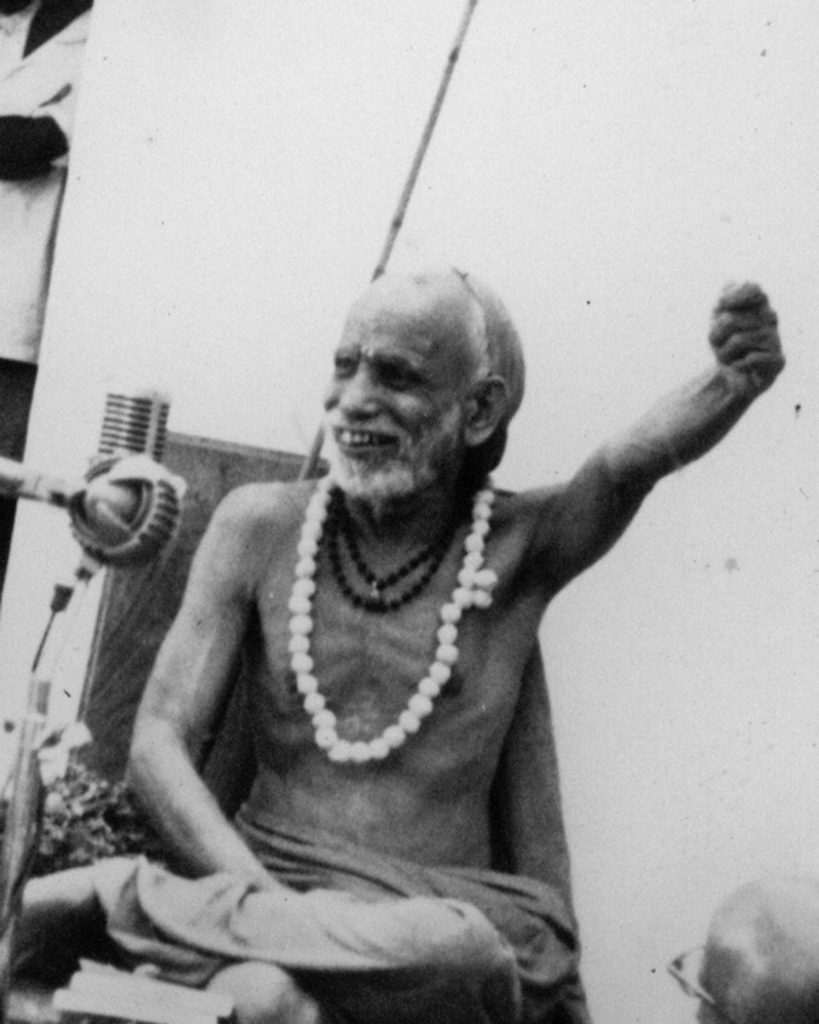 Thanks to Shri Vaidyanathan of USA who is now in Coimbatore for his Sons Upanayanam for sharing this incident. It incident was narrated to Shri.CPMG Jayaraman Mama who shared to us.

UPDATED – August 2017: Here is the video interview of Shri Vaidyanathan recorded almost a year and a half later after this incident at Skillman – New Jersey where he came for darshan of “Moolavar” of Sri MahaPeriyava Manimandapam – NJ USA.

Here is Navedaham (Ardent Devotee of Periyava and Sri Sivan SAR And a disciple of Triplicane Periyava) with his beautiful and apt verses after reading this incident :