“Did you see Pallava’s timeclock in Mahabalipuram?” 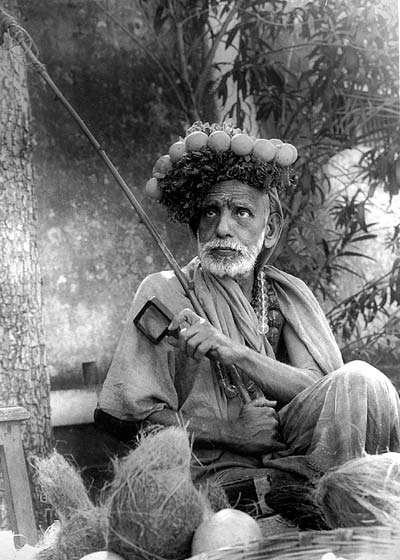 I have had His darshan right from my childhood. Once when I went to see Him after I became an archaeologist he asked me, “What is your profession?”

I replied that I was involved in the archaelogical studies of our temples.

“Have you been to Mahabalipuram? Can you tell me what you observed there?”, He asked me.

“I saw the Pandavas’ chariot, Mahishasuramardhini etc there.”

“That place also has Pallavas’ clock, have you seen it there?”, He asked me!

I assumed that Periyava was teasing me and hence I responded, “Periyava, how come the Pallavas had timepieces in their olden days?!”

“It is there, it is there…!, try to see it when you go there next time”, He replied emphatically!

When I went to have His darshan next time, He asked me:

“Did you see the clock?”

“No Periyava, I did not know where to look for!”

“Did you see Arjuna’s Thapas?”

“Just below that Arjuna’s thapas sculpture, there will be a river flowing. There is also a Vishnu temple. And nearby you can see a Rishi seated. And just below, one can see some people seated and chanting the Vedas! And there will be a person who is seen removing the water from his clothes and another person will be doing his Madhyanikam (Sandhya vandanam at noon).

And a person will be standing and seeing the Sun between his fingers formed with his two hands, as part of his Madhyanikam. What the sculptor implies is that, that time is exactly 12 noon! As that is the time Madhyanikam is done! That is why I referred to it as Pallava’s clock!”

I was simply blown away at Periyava’s observation faculties! Shankara, Who is He, What is He!

Thus narrates the eminent Archaelogist Dr Sathyamurthy about one of his interactions with Him! And here is that picture containing everything Swamigal had told him. The person doing Madhyanikam is seen at the bottom most of the picture, looking at the Sun. 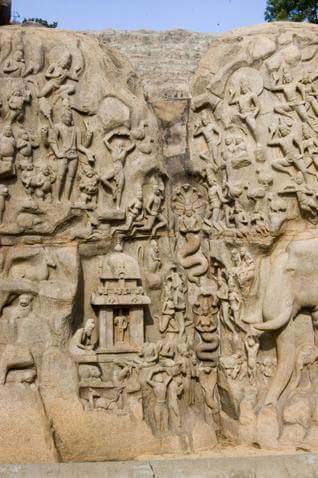