Sri Chandrasekar mama was working in defense and was admitted in the Defense Hospital, Pune for some health problem. Due to a wrong injection, he slipped into coma stage. He is the brother of Sri Gowrishankar Mama of Thiruvannamalai who was attending to him. A doctor in that hospital gave up his hopes in bringing Chandrasekar mama back from coma and asked Gowrishankar Mama to pray to his God and Guru.

Who else would mama pray to other than our “Vaidhyanatha Periyava…”

So he came to Kanchi to have darshan of Sri MahaPeriyava. Mama had Periyava darshan in Orirukkai and started to recite Thiruvembavai…

Then with karunyam, Periyava listened to him and gave him a plate full of kumkum and asked him to send the prasadam immediately to his brother by postal mail. “The Prasadam” (isn’t it?) was sent immediately.

Mama’s friend who received “The Prasadam” through postal mail mixed the kumkum with water and applied it all over Chandrasekar mama’s body. The attending nurse in the hospital was screaming at him on seeing the condition of the patient. On that night…

The attending nurse there was originally from Tamilnadu. She heard a sound and rushed to the bed. She was shocked and surprised because the patient who was in coma rolled over and fell down. She was trying to get him on bed but even more surprising was that Sri Chandrasekar Mama was blabbering, “பெரியவா! பெரியவா! பெரியவா போராளே… நமஸ்காரம் கூட பண்ணலியே…” and got back his consciousness. Since then, Sri Chandrasekar Mama used to say that his body that was given by his parents was gone and this body that he lives with today was given by Periyava, of course with tears in his eyes always. 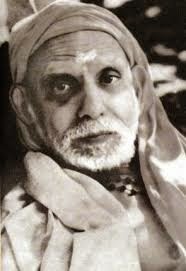 We are also in coma stage (immersed in this world) forgetting Iswara. Let us pray to Sri MahaPeriyava and Sri Sivan SAR to bless us and wake us up from this “coma”!