“I’m praying daily. How to reach that God one day?” A very pertinent question being asked to Periyava. It was 1982-83 and it was Sri Yadu Hari Dalmia, MD of Dalmia Cement, Kallakkudi, Tamilnadu who asked that question.

Suddenly, one day he called his colleague and  asked him to arrange for a darshan of Periyava. Hearing this request, his subordinate thought it’s a strange request to come from a North Indian businessman who does not have any “know hows” about Periyava. The subordinate  asked, “Why suddenly?”

“Will tell you later but arrange for the darshan tomorrow itself!”, said Sri YHD. Train to Chennai  was booked and a car to Kanchipuram was arranged. They already learnt that Periyava was camping in Wallajabad. So they went straight to Periyava…

YH Dalmia had darshan of Periyava near Dalmia factory during some temple kumbabhishekam. But he was very young at that time. He always used to say that “We must have only one Guru!”. He has been quite a spiritually oriented person . In fact, he has a Guru in North India, whom he visits frequently. Inspite that,  he insisted to have  darshan of Periyava. Later he revealed that Periyava came in his dream the previous night and that’s reason he insisted on Periyava’s darshan the very next day.

Periyava heard the question – “I’m praying daily. How to reach that God one day?” Anukka Thondar translated it. Periyava bent his head as if searching something on that ‘kayathu kattil’. Nearly five minutes went by. Every second seemed to be a minute. All those who were laughing and talking and sharing lighter moments were silent now. Earlier, they even wondered what Sri. YHD will ask & now they were surprised with higher respect for Sri YHD.

Everyone were stunned by the assurance given by Periyava. Sri YHD who was convinced even before the answer, seemed more determined. After usual ‘vandanam’, they left. Later,  Sri YHD said, “Wonderful experience!” 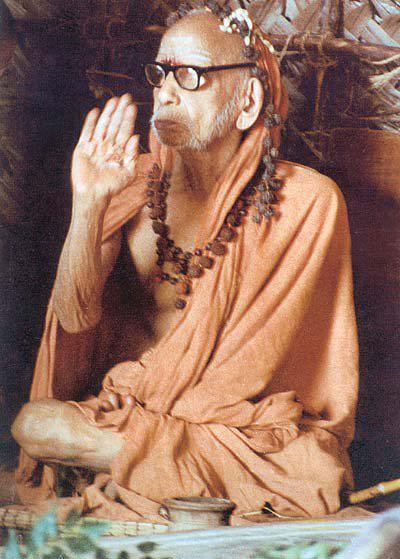 Sri Triplicane Periyava once quoted an incidence in Srimad Valmiki Ramayana and said “We must do our worship irrespective of how others view it. One day, we may fail but it is THAT dheivam who’ll come, take us up…” and also said, “We don’t reach HIM because of our worship but because of HIS karunaa”.

Deivame Periyava! Parabrahma Swaroopa! Karunaa Saagara! Bless us with Bhakthi on You such that we worship You ‘vidaama’ daily and reach You one day because of Your karunaa!