It was Navarathri time and Periyava was in Kolkatta. There was a grand celebration at Periyava’s camp. Everyday, there was a ‘Navaa Varna Pooja’, Sumangali Pooja, Kanya Pooja and many more.

She never missed it out. She was a Chellamma Mami settled in Kolkatta. She was also a regular visitor to Sri Rabindranath Tagore’s ashram. After about nine long days in Periyava’s camp, she had been to Tagore’s ashram. Any Kolkata-vaasi is naturally a ‘Devi Upasaka’. And Tagore was a ‘Sri Vidya Upasaka’ but he did have some modern thoughts. Tagore’s command on Literature is known well. Mami had visited Tagore after a short break. Tagore was asking her where was she on those days. She explained that Periyava had come and there was Navavarna pooja, Sumangali pooja, Kanya pooja, etc.

Tagore understood that Periyava was also a ‘Devi Upasaka’.

Tagore: “Does Swamiji do Kanya Pooja with any child or only with Brahmin child?”

Mami: “No! Periyava never deviates from the tradition. He does Kanya Pooja only with Brahmin child”.

Tagore: Being one of the world’s highly respected (nobel) liberates , he quoted one of the namas from the Sri Lalitha Sahasra Namam : “Aa’brahma keeda Janani” and said “He (Periyava) is a great Devi Upaska, won’t he know the meaning of it? It means SHE is the source of everything, from tiny insects all the way to Brahma (who creates the world). Still why is he (Periyava) thinking of having only a Brahmin child for Kanya Pooja?”

Mami was very upset to hear someone like Tagore making a comment at Periyava. She came back to Periyava’s camp and her face was still dull.

She couldn’t with hold… She told everything what Tagore said with tears.

Now Mami was caught up with enthusiasm. She thought there is a fitting reply but couldn’t get it. Was asking Periyava, what it means.

So Mami with all enthusiasm quickly went back to Tagore and said what Periyava’s response was.

Tagore was astonished and said : “Aha! Aha! Is this the way to understand the Devi’s Sahasranama? I never knew it. HE (Periyava) replied. Swamiji clarified my very own question”.

Tagore quickly begged down and said, “Swamiji is a Mahaan! You had told him my comment about His norms about Kanya Pooja. Oh! It’s a mistake.”

Mami came back to Periyava with a glow of satisfaction in her face.

Tagore had darshan of Periyava when HE visited a ‘Sethiji’s home’ unknown to common public. Tagore wrote in his daily, “There are Mahaans even today whom I’ve to visit and STILL learn!”… Ofcourse, he didn’t mention Periyava explicitly. 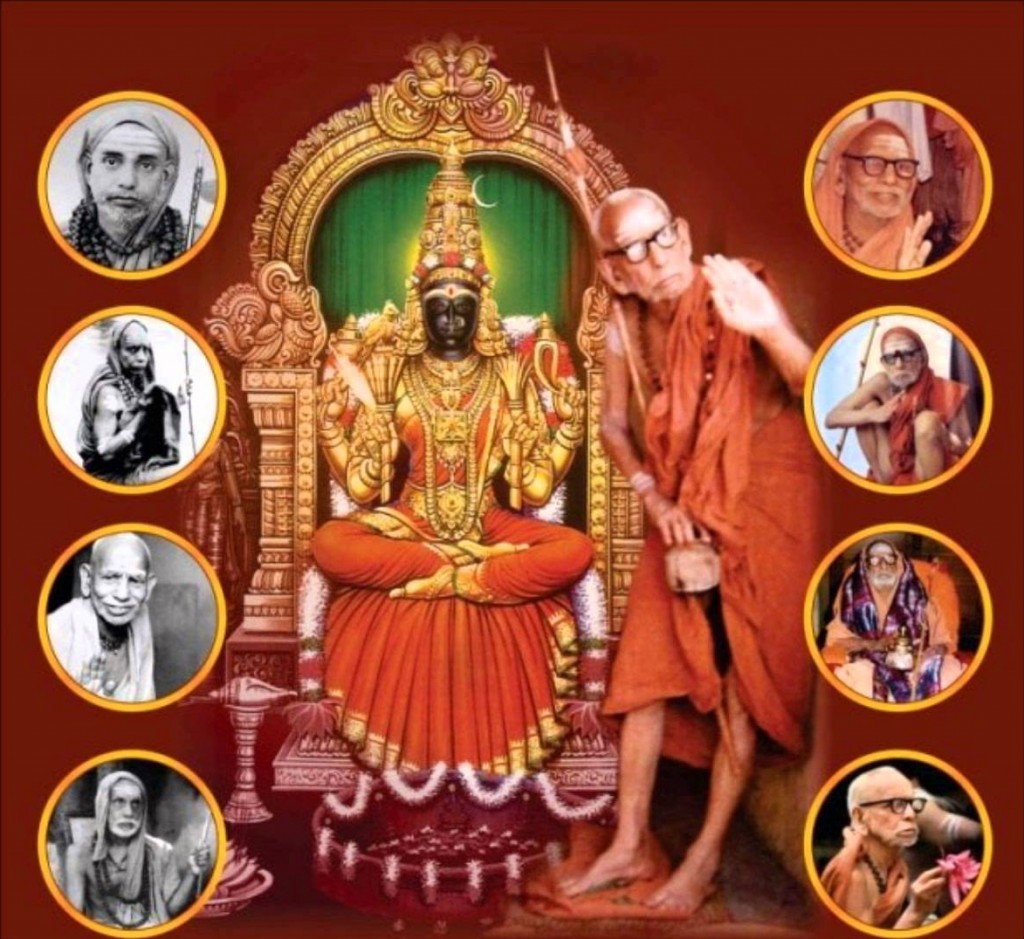 Many devotees have said; Few devotees have had darshan. But, surely, Tagore was fortunate to hear from ‘Devi’ Herself, this time. Is it probably because of Tagore’s Upasana or because of Periyava’s Karunyam ?. Only Periyava knows!