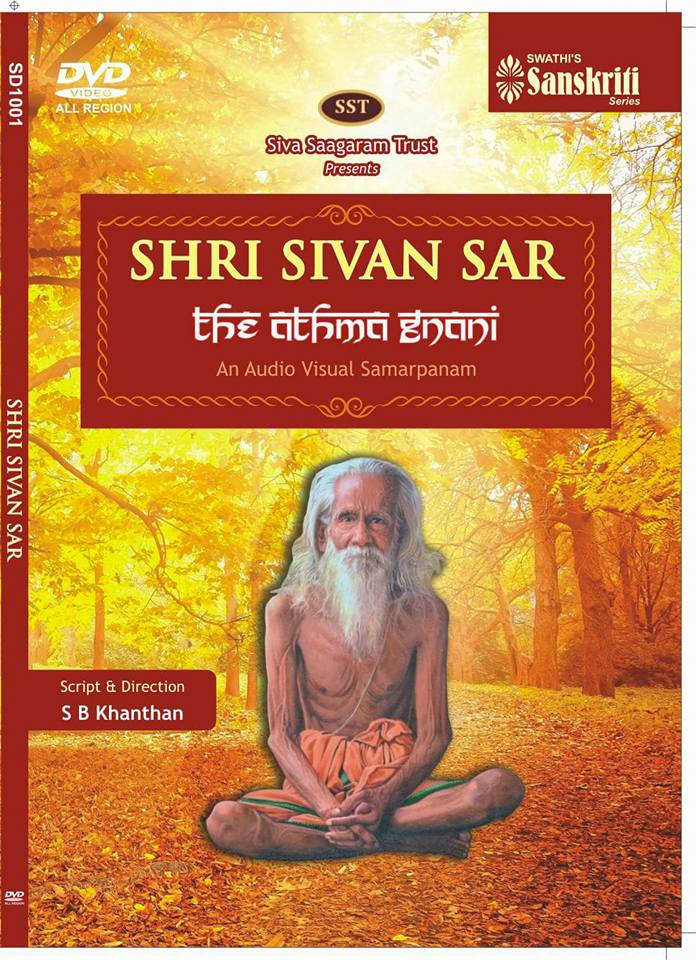 Link to a 13 minutes edited version of the Divine Release is provided here.

The mind of people, which gropes in dark with ignorance, is enlightened by God through poll stars called Mahaans. Sivan Sar is one such Divine Pole Star who lived in our midst not very long ago. Shri Sivan Sar, The ATHAMA GNANI was the poorvashrama younger brother of Kanchi Maha Periyava. No wonder Maha Periyava always opined that Saachu (Sivan Sar) was a ​M​ahaan by birth.

Siva Saagaram Trust ​in association with Swathi Sanskriti Series has produced an Audio Visual titled SHRI SIVAN SAR – THE ATHMA GNANI. This audio visual , unfurling the human avathar of Sivan Sar is written and directed by S B Khanthan. The DVD version of the AV is released on 14th October 2017 at Infosys Hall, T Nagar and was screened subsequently on the occasion of the 113th Jayanthi of Shri Sivan Sar. For details contact: 9600015230 / 7358481420